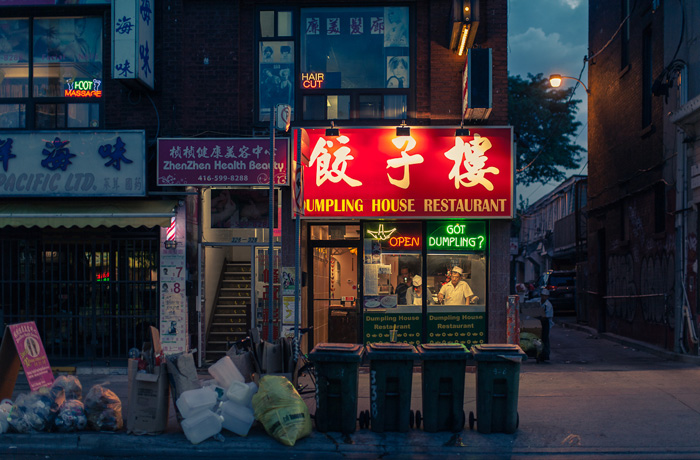 I had walked by this restaurant earlier in the late afternoon and found a crowd in front tentatively watching two cooks inside. One was rolling out rice dough while the other was shaping and filling the dumplings. I'd tried to squeeze in to take a few photos but found the crowd uncooperative. Later that evening as I came back down the same street, I was attracted to the large red sign on the facade. I stopped to look but hesitated whether I should take some shots. As I began walking away, I began having second thoughts. What are the chances of me coming back this way again? A few yards from the corner, I quickly turned back, crossed traffic to the middle island and snapped this shot.