Photo processing is an important part of my everyday workflow. While its worth is a mere fraction when compared to the steep cost of the camera and lens collection I use, it plays a vital role in bringing closer to light what I envision. Just as there’s an array of camera and lens selection that exists out there, there’re just as many opinions about the role of processing and how it should play in photography. Purists believe that photographs should be left untouched and often will argue the merits of their skill at capturing images that require little or no adjustments. At the other end of this debate are the extremists, the digital conjurers, the Photoshop wizards, who wield their pixelated magic wands to create beautiful but often deceptive images; all the while arguing that their creation is every bit the real thing.

Where do I fall in all of this? Somewhere in the middle. For me, photography is about the capture of a fleeting moment. Whether it’s an idyllic landscape, a stranger’s face, a decisive moment…I capture a slice of time, of where and when, each of these things happened. And while they may still exist, each second of their passing can rarely, if ever, be duplicated. When I snap a photograph, I record the exact moment of this – capturing the light, retaining the shadow, preserving the mood, recording the memory of this slice of time. Whatever tools I may choose to use…be it a Polaroid, a pinhole camera, a camera phone, a Leica rangefinder, or a high-end Hasselblad…each will give a different version of this moment in time. Some of us are drawn to the tactile, nostalgic qualities that old film cameras yield. Others will gravitate towards the ultra, high definition imagery of the latest and greatest technological wonders. Whatever the camera, the end results remain the same…an image is recorded. I am left with a grain of history, a trace of time. In my view, all of these, however great or expensive they may be, are still flawed instruments and require my further guidance. This is where processing comes in, to help hide the imperfections, to bring out the moodiness of the scene, or to highlight particular details. 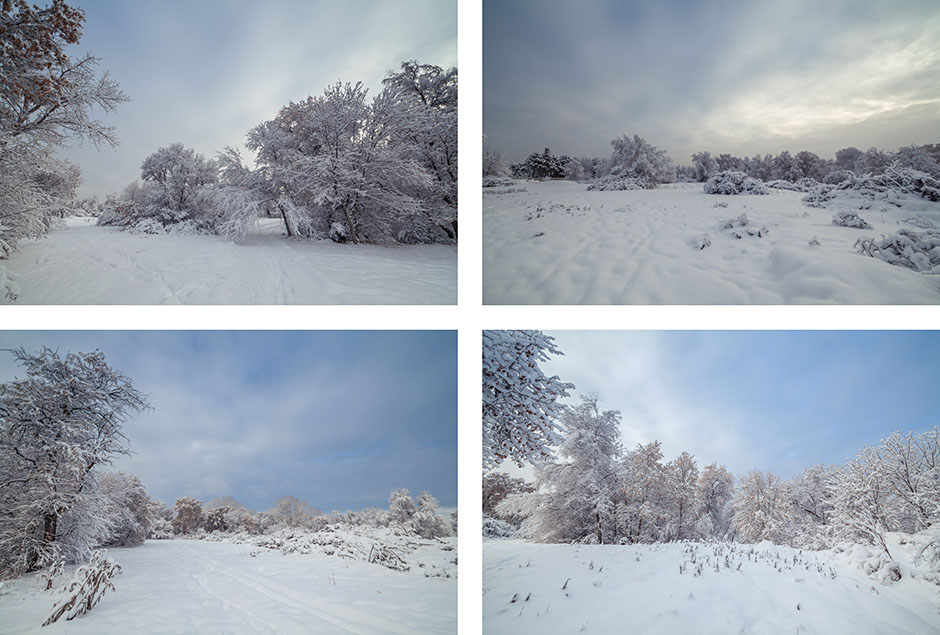 This first part on processing covers a series of landscape images taken on the morning of December 20th. The photos were taken manually at f/16 and ISO 100 with a Canon 5D Mark II using an ultra-wide angle lens, the Samyang 14mm f/2.8 IF ED UMC. Due to good lighting, reflective quality of snow and a short focal length – all of which contributed to a fast shutter speed (greater than 1/100 sec) – I did not use a tripod. Filters were also not used.

For those that are interested, I have made available at the bottom of this page the Lightroom presets that were used herein. If you have any question or comment, please feel free to let me know.

A Bluer Shade of White 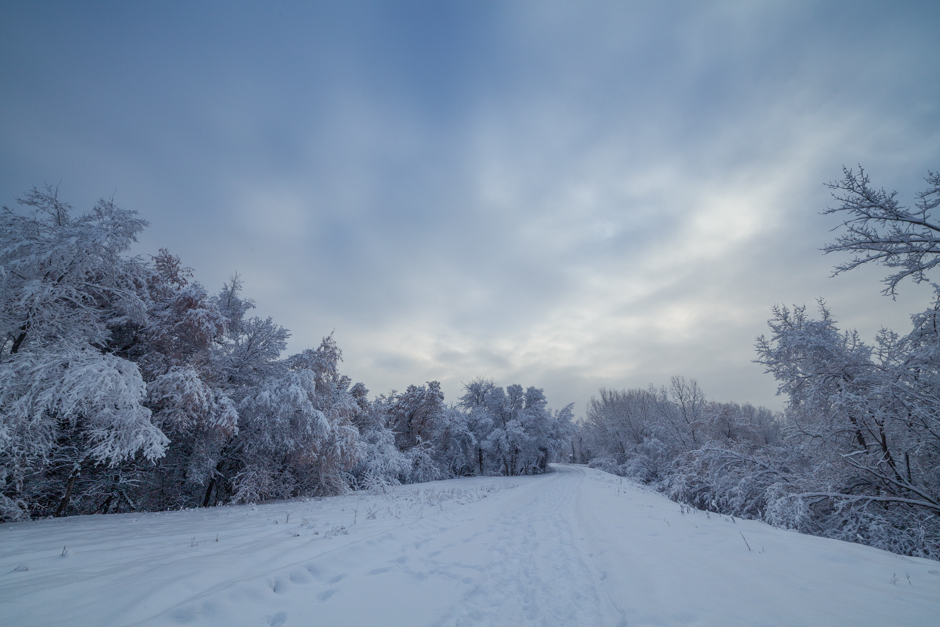 The image above is the finished image with a tonal shift towards blue. This is done in one of two ways – by sliding the Temp slider in the Color Balance module to the left towards the blue spectrum or by selecting a cooler color in the Highlights under the Split Toning module. I usually will do both and will make adjustments based on taste. There really isn’t a right or wrong way. However, making adjustments to the Color Balance module is the first step I will do before delving into other adjustments. Most landscape photographers will adjust colors this way and will not bother with additional adjustments to colors in Split Toning.

Looking at the original, unedited image below which was taken a few mornings before Christmas Eve, you can see how dark the actual scene was when compared to the brighter, processed image. Adjustments have been made to Exposure, Contrast, Highlights, Shadows, Whites and Blacks, as well as to Clarity, Vibrance and Saturation. I will not go into details about these adjustments but you can easily find many great tutorials online about how best to set these. 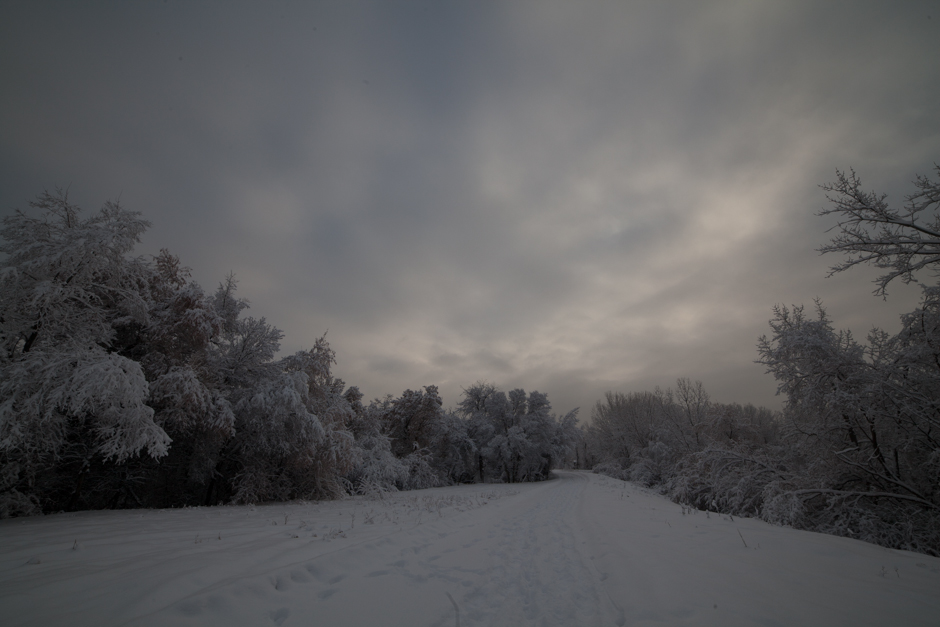 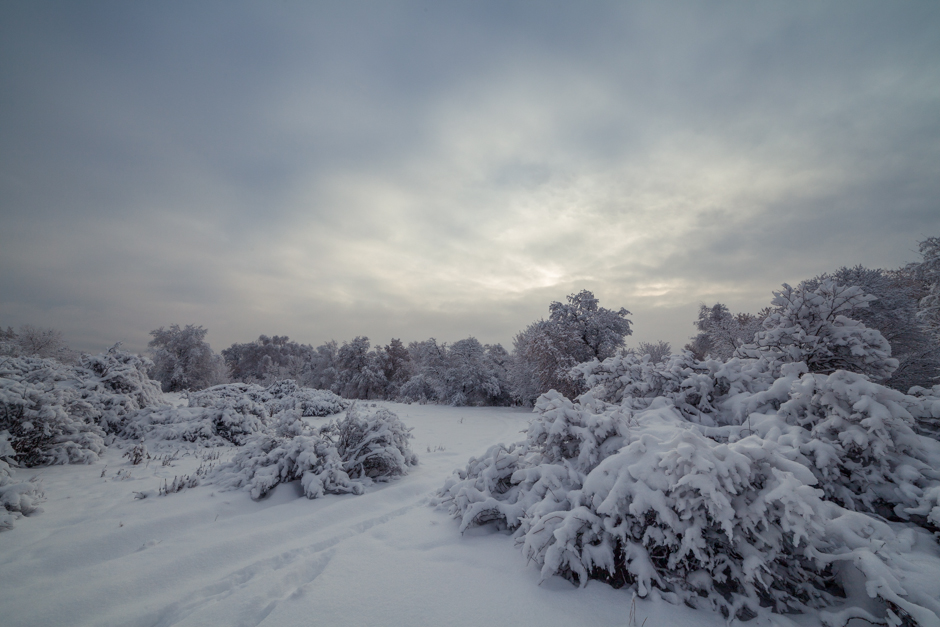 The above image was processed “minimally.” In other words, I’ve made only necessary adjustments to give the overall image a more neutral look, staying closely to the tonal range of the original image. As you can see there’re still a cooler cast to the tonality to reflect the winter scene, yet I did not stray far as I did in “A Bluer Shade of White.” Personally, unless the image calls for it, I strive to process most images this way. 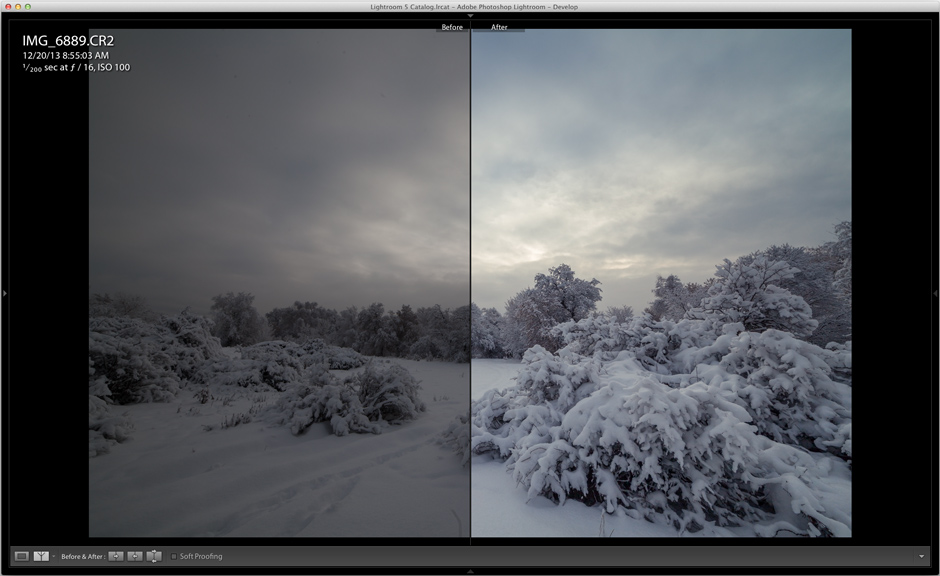 A screen capture displaying a before/after split comparison of the unedited RAW image versus one with adjustments made. 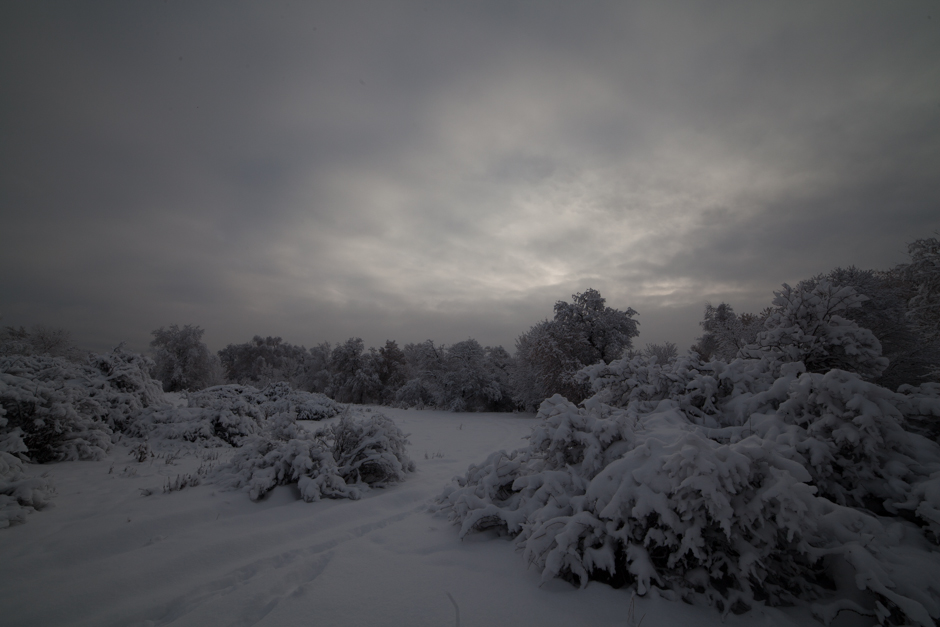 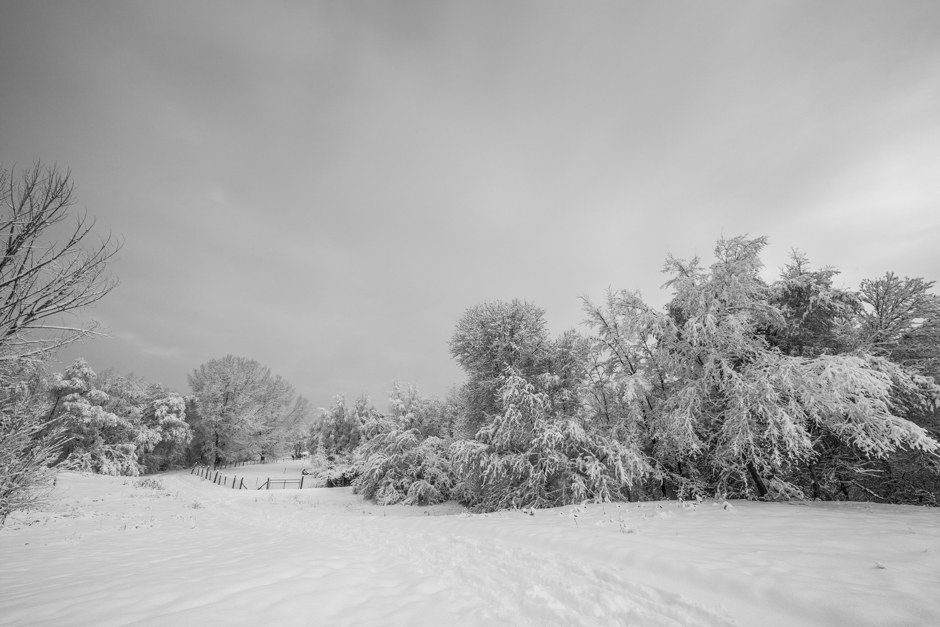 There’s something beautiful about black-and-white images and whenever an opportunity arises, I will try to take advantage of this. The above image was converted to black-and-white using one of the existing color presets. This was done in order to maintain the same adjustments already made during color processing. I will then make further adjustments such as boosting Clarity and Contrast to make the image “pop.” 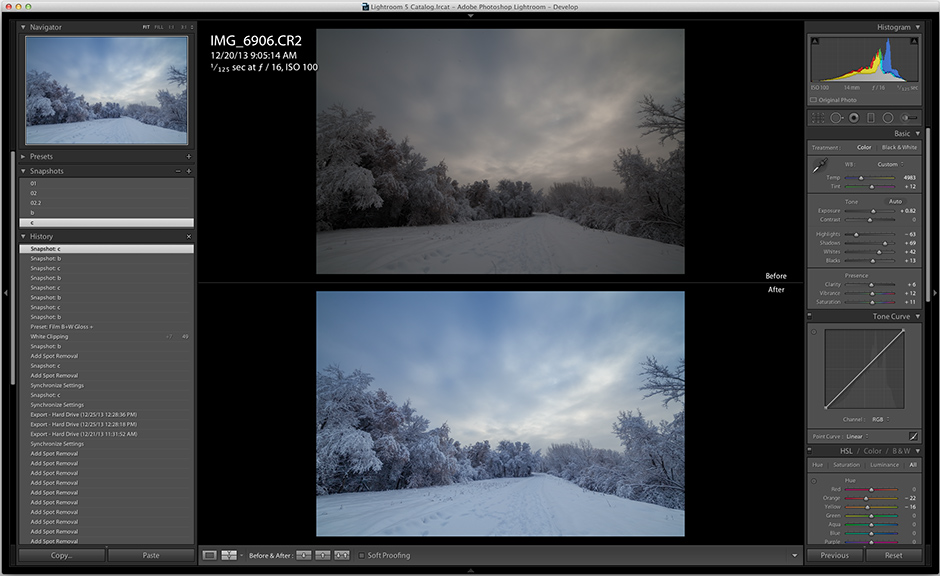 A screen capture of the workspace showing various “Develop” modules in Adobe Lightroom. 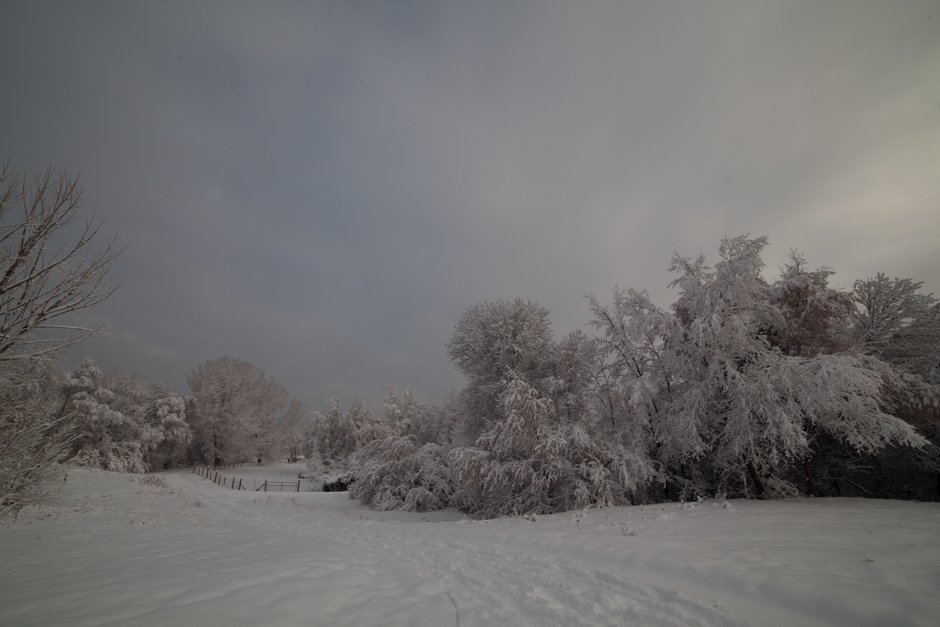 The original, unprocessed RAW image. Note the dirt specks in the upper sky and a strand of lint in the snow that were later cleaned up in the final image. 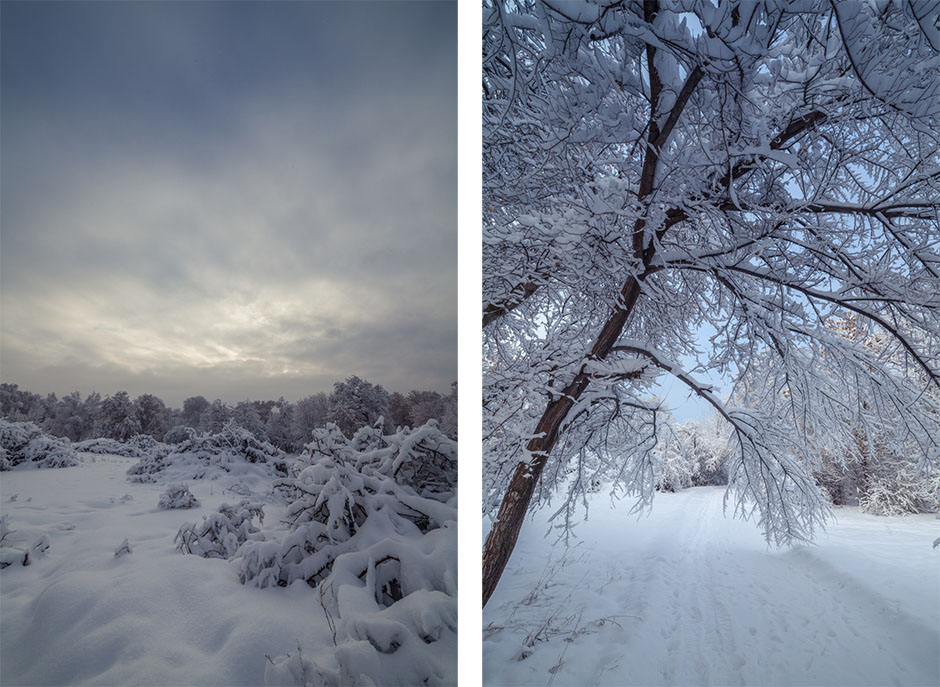 More images from the series. These were shot vertically and processed with “One Winter Morning” preset. Note the contrast in tonality and color values between these two images even though both were applied with the same preset. This is because each image carry different sets of datas dependent upon the scene and lighting conditions. It’s important to make further adjustments after a preset is applied. 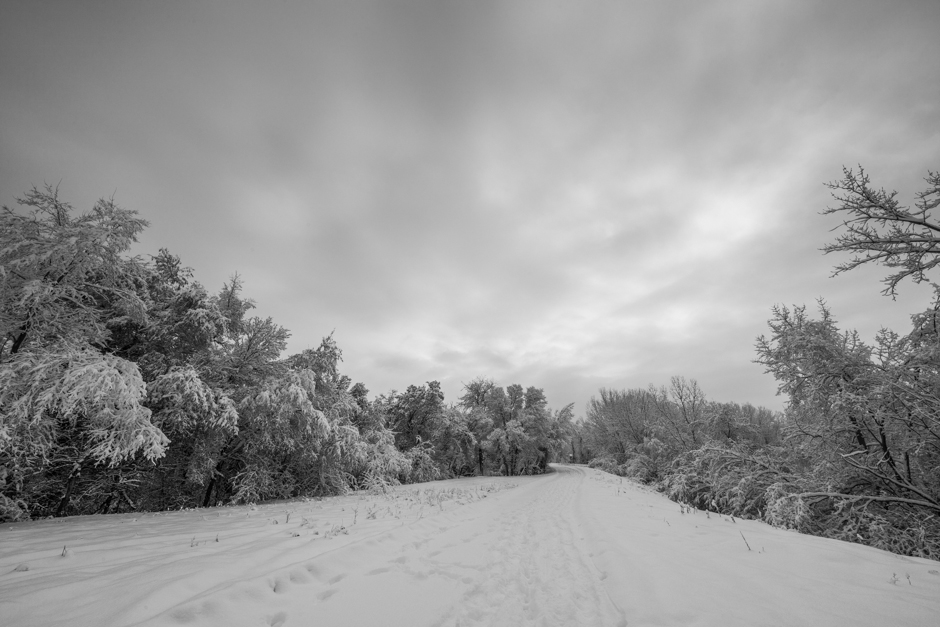 The image “A Bluer Shade of White” processed with the “Blanc” black-and-white preset. Additional subtle adjustments were made to Highlights, Shadows, Whites and Blacks.

Applying Presets to Other Images 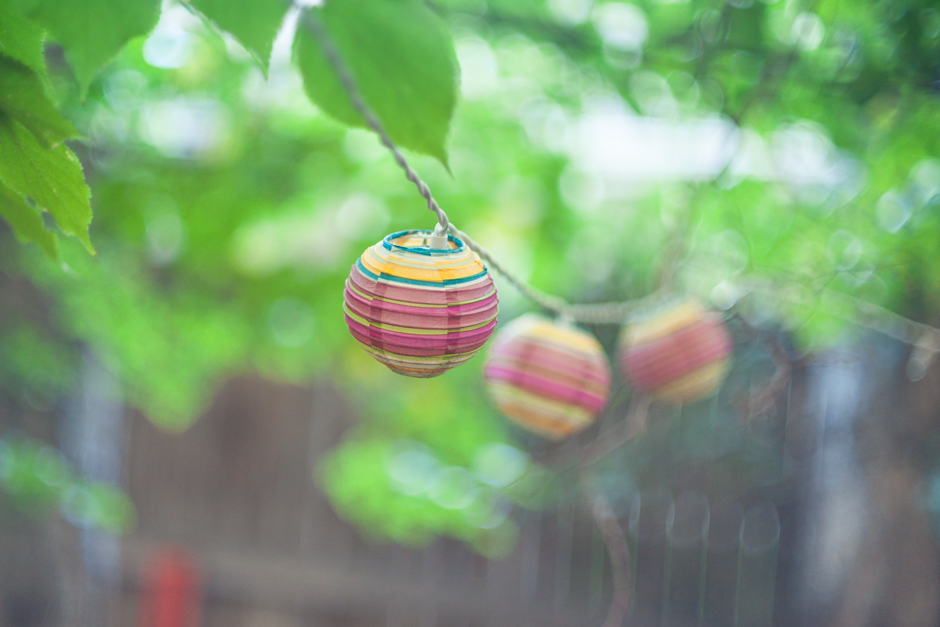 An image taken with the Super-Takumar 50mm f/1.4 lens applied with the “One Winter Morning” preset. No further adjustments were made. Notice how washed out the image looks. This is because every image is different and must be individually adjusted. 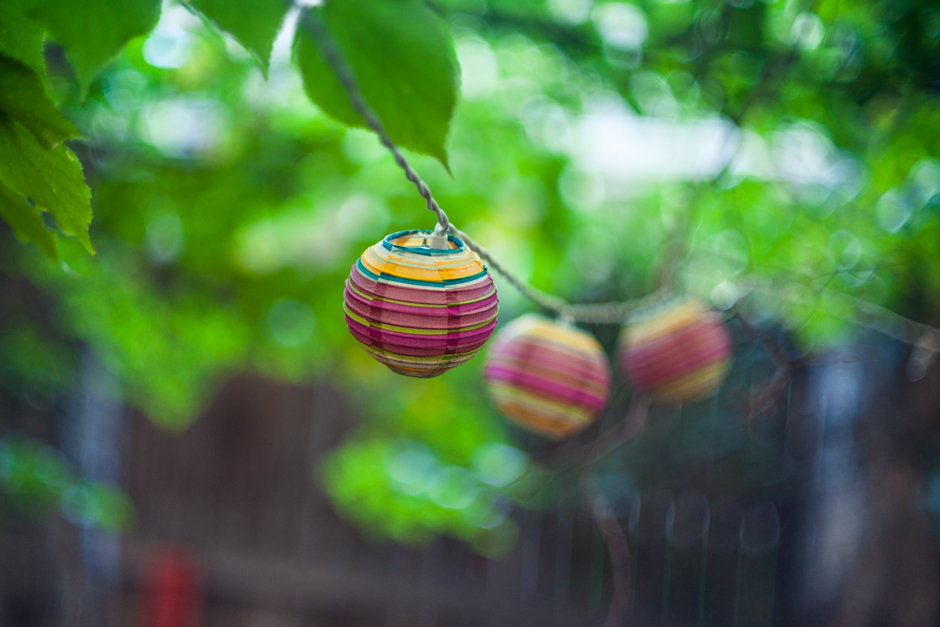 The above image applied with the preset. However, additional adjustments were made to Contrast, Exposure, Shadows, and Blacks. 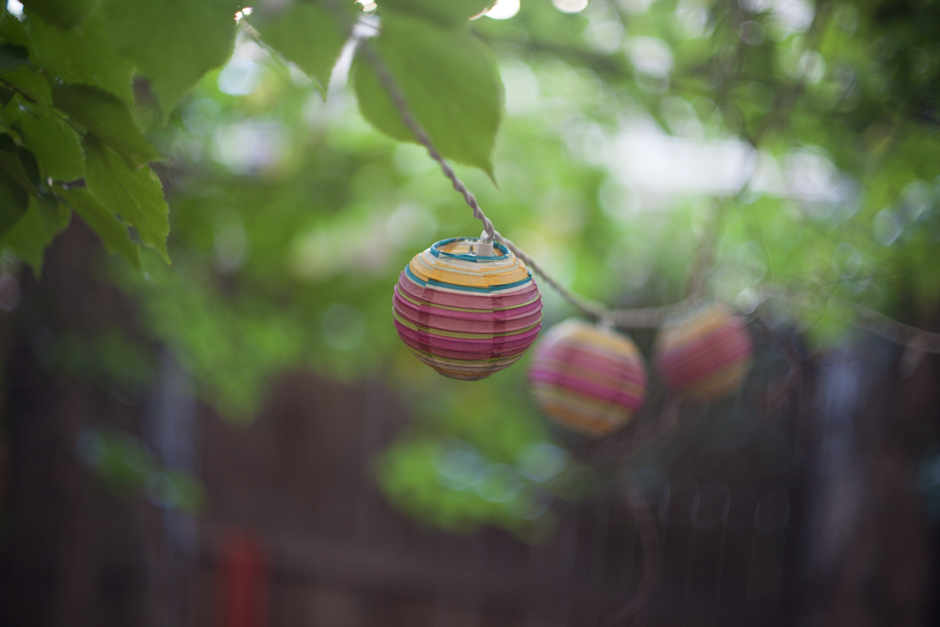 The original, unprocessed RAW image. While no adjustments were made to this, I prefer this version over the processed one. In my opinion, the original – although its colors more dull with less contrast – has elements that are more natural and pleasing to look at. The one processed looks overly digital, its color a bit too saturated and contrasty. This is subjective of course and you will find in your own experience that there are numerous ways to make adjustments to the same image. Each will yield completely different look and feel, with varying degrees of tonality and mood. In the next part, I will cover color processing that mimics the look of film.

Below is the link to a zip file containing the three Lightroom presets mentioned above. While this is presented to you at no cost, please do not repost, redistribute, repackage or resell the presets without my expressed consent.