Posted at 18:34h in Personal, Places by Standard 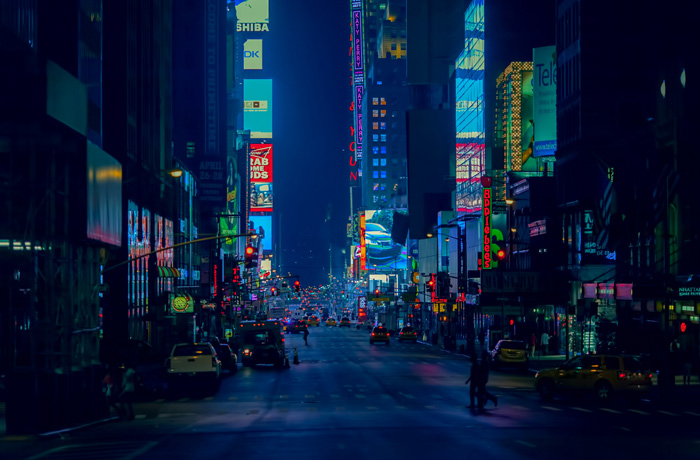 “Next stop will be New York Penn station everyone, New York Penn station.” The muffled sounds of the conductor’s voice echoed throughout the train. Everyone seemed to rise in unison, as if it were rehearsed, to prepare for my arrival. The train comes to a screeching halt, and the hissing of the doors opening reveals Penn station. As I embark from the train on to the pavement, I am suddenly bombarded by a mob of people pushing in one direction, forcing me up the narrow escalator. I arrive at the top and begin to wander into the hectic city life.

I stopped for a moment just to observe the people in the streets. Many of them were scurrying to get somewhere, talking on the phone, listening to music, and ignoring one another as if they were the only ones here. The men were all dressed in their suits and ties and the women’s high heeled shoes could be heard striking the ground very swiftly one after the other. The enormous skyscrapers tower over me and I can no longer feel the summer sun beating down on my skin. The architecture of each building is so eye-catching and differs from one another. Some appear to be made of all glass, others are more vintage looking, and some even have striking statues attached to the buildings. The streets seem more congested than the sidewalks. The continuous sounds of cars honking at one another pierce through my ears, and the bright yellow taxis are so overpowering to the eyes… 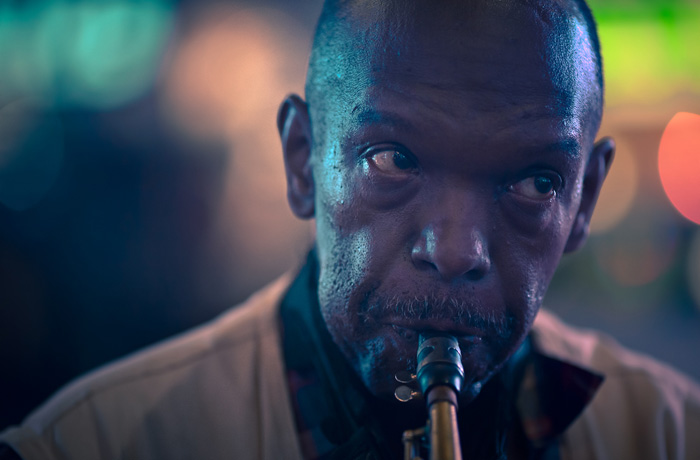 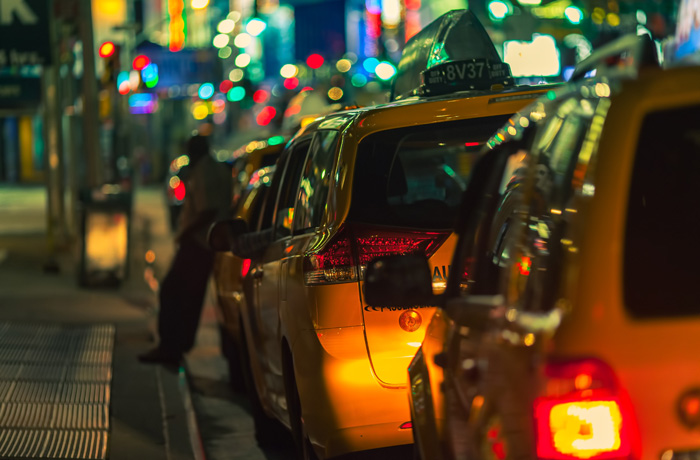 Taxicab driver patiently waiting at the curb on 7th Avenue 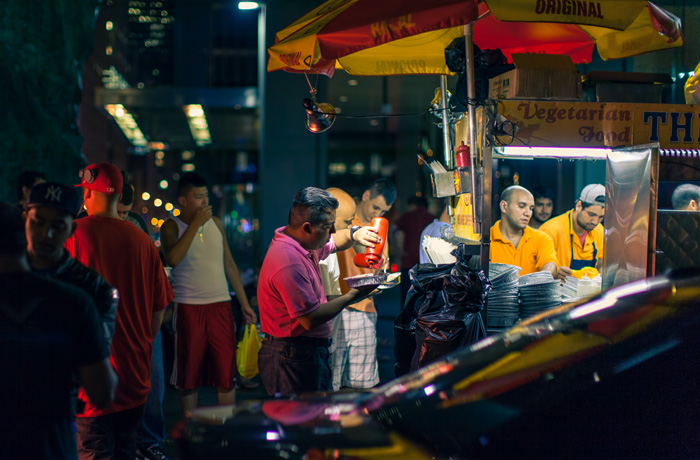 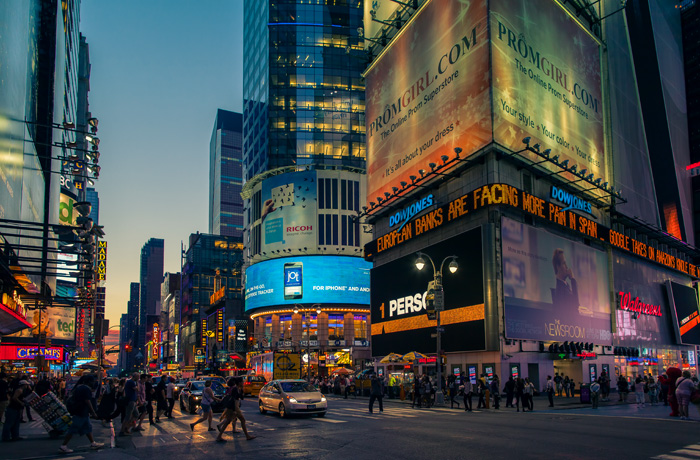 Corner of 42nd Street and 7th Ave near the Theater District 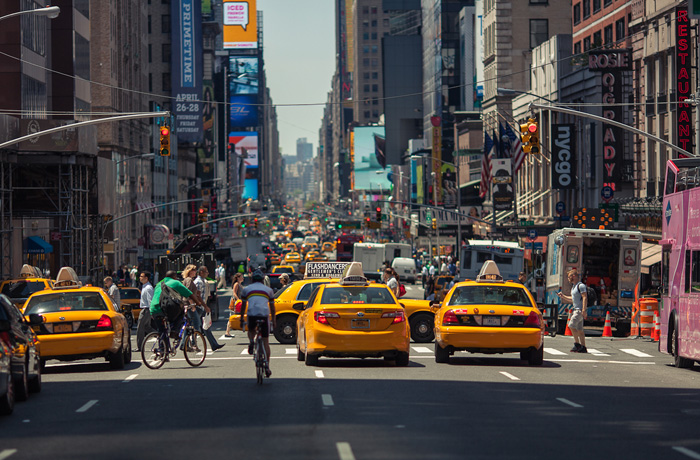 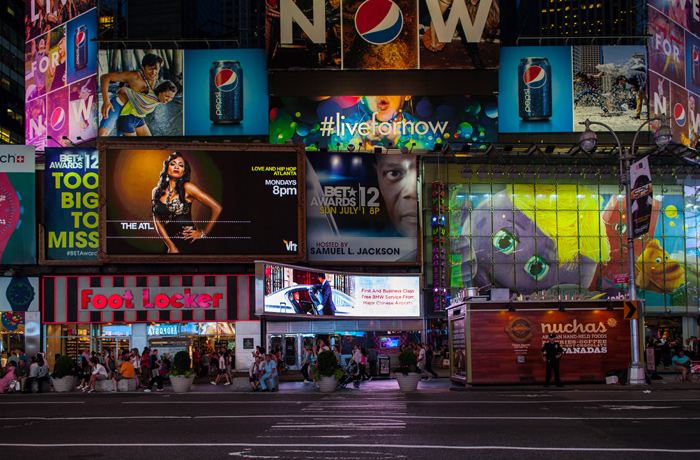 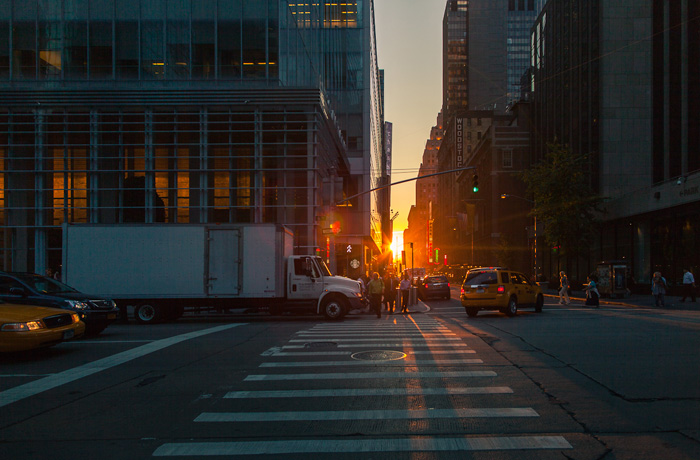 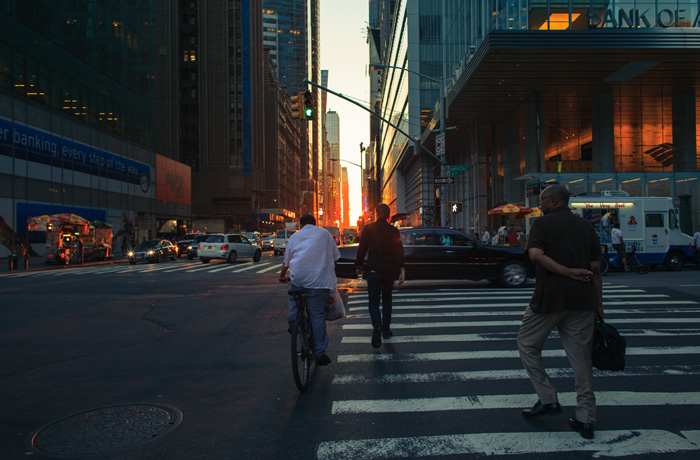 Pedestrians and cyclist crossing the street in downtown Manhattan 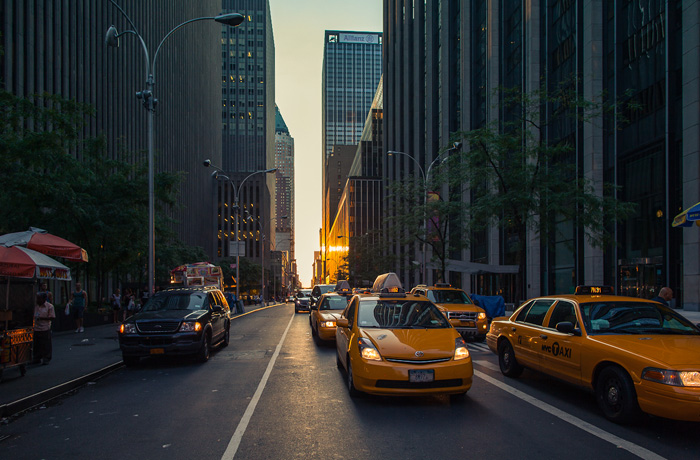 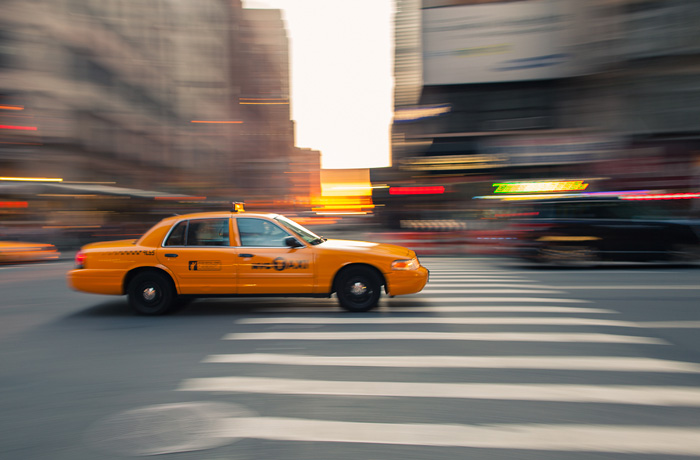 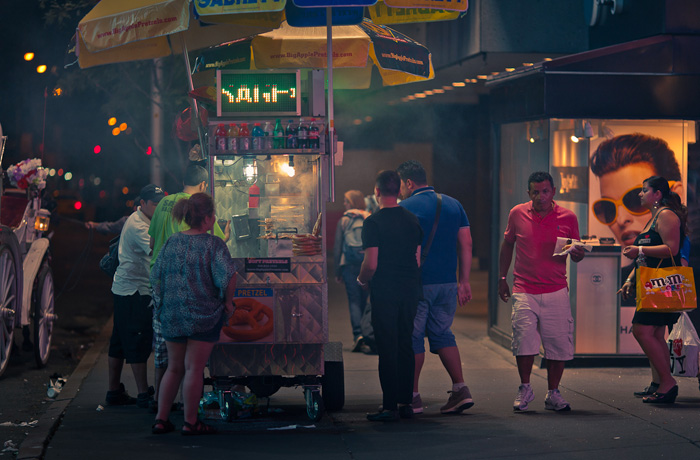 A pretzel stand on Broadway Street 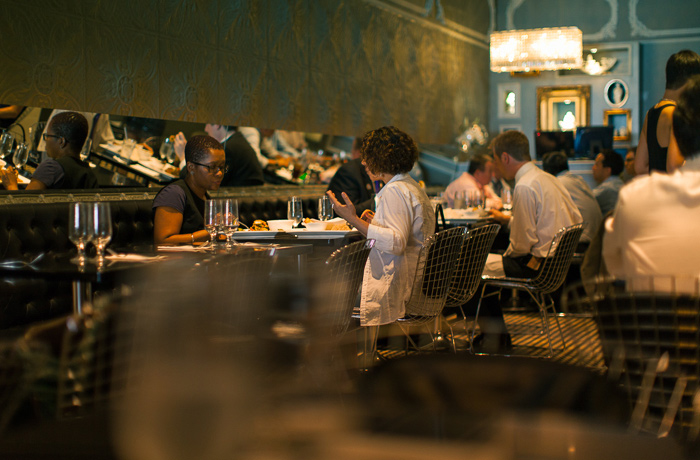 Diners inside the cozy interior of Room Service, a Thai restaurant located in Chelsea, Manhattan 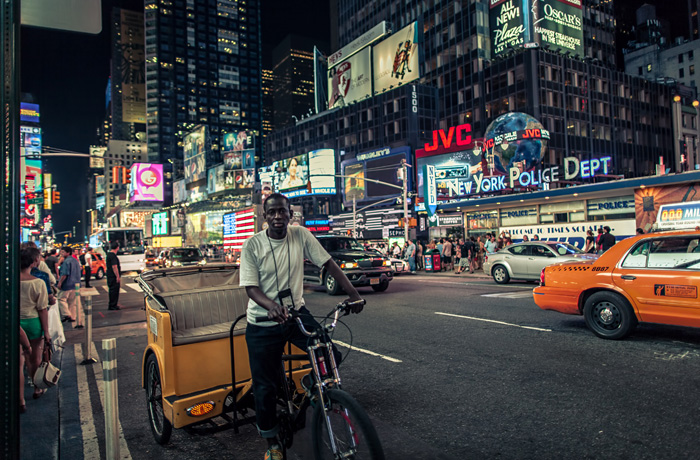 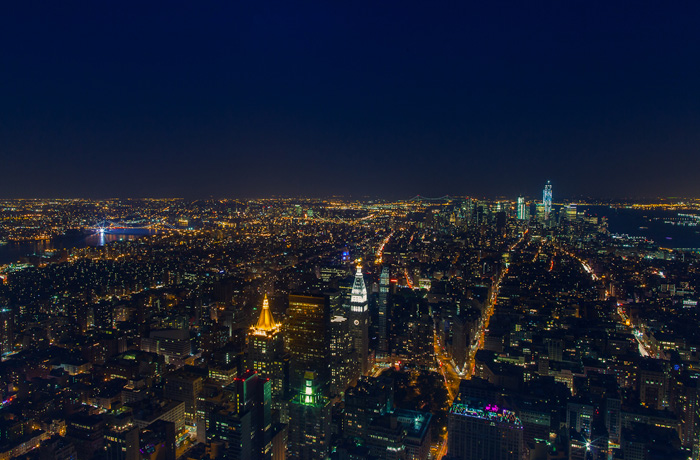 View of Manhattan from Top of the Rock Observation Deck 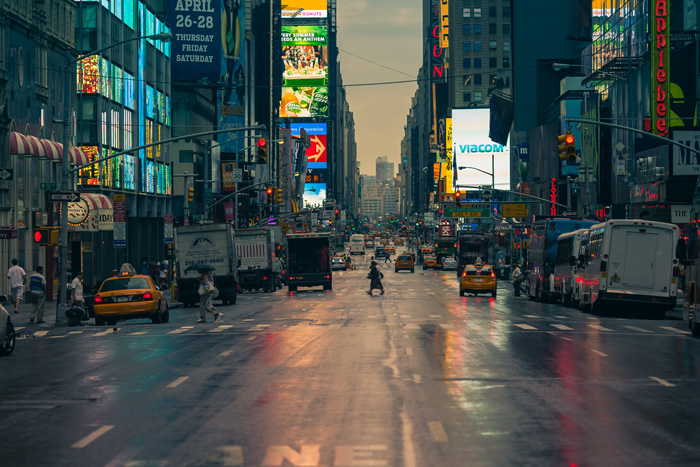 A rainy morning in Manhattan 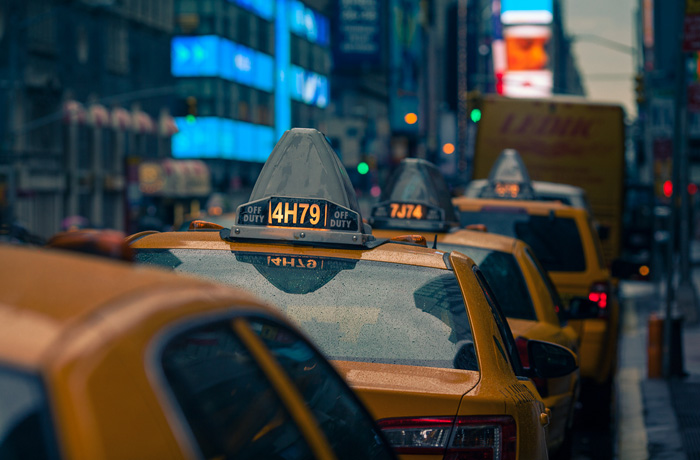 Taxicabs waiting at the curb on a rainy morning 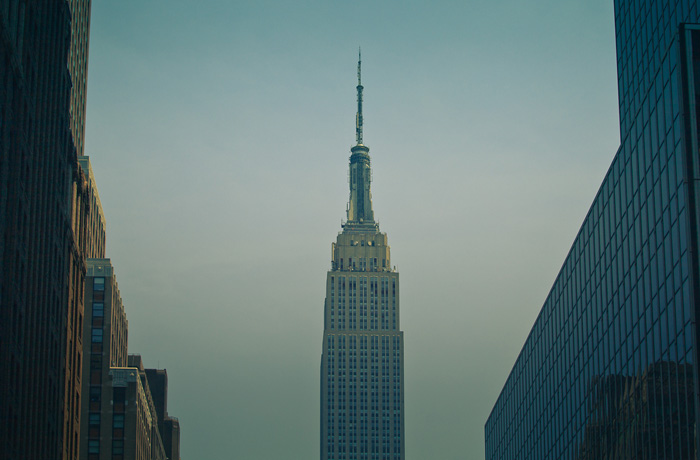 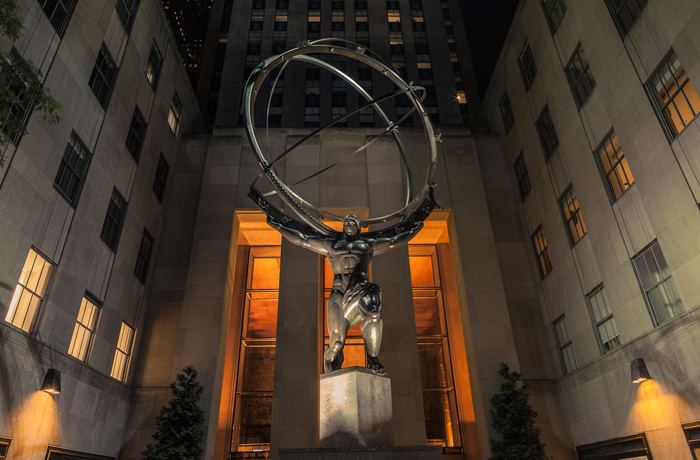 Atlas statue in front of Rockefeller Center in midtown Manhattan 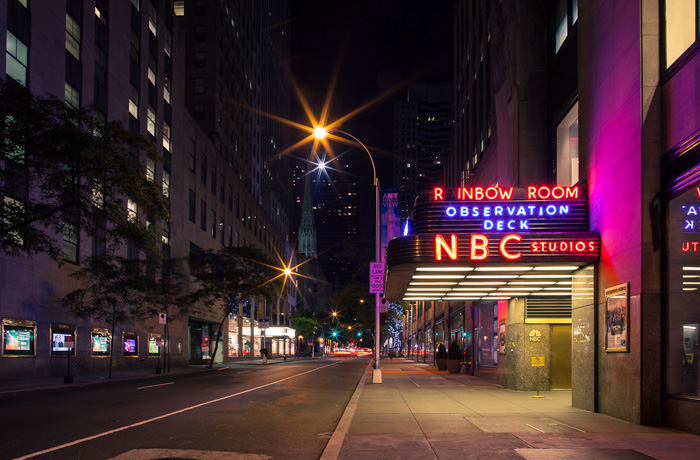 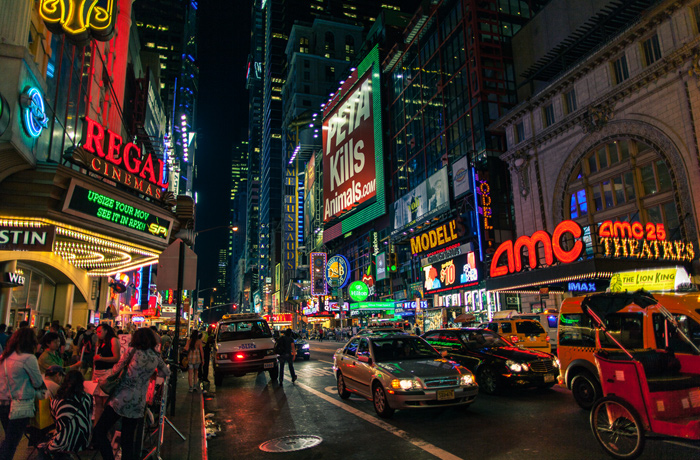 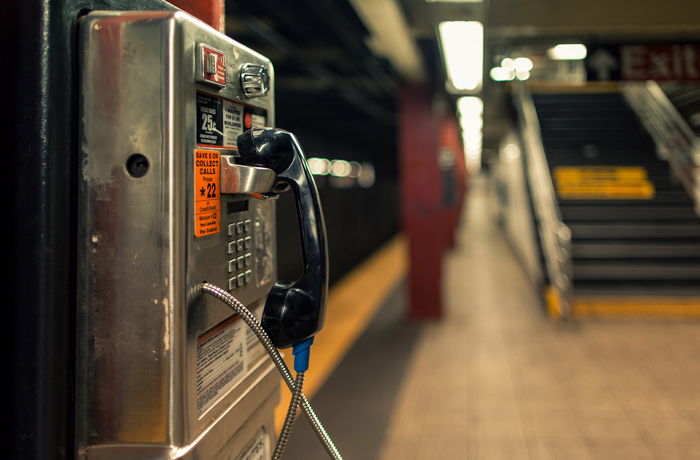 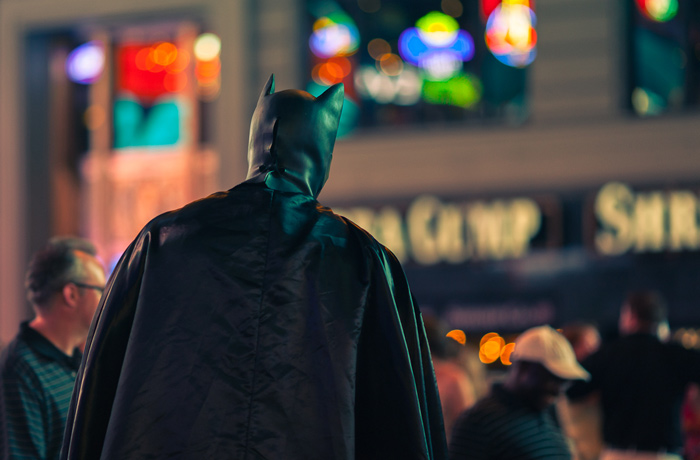 A costumed crusader among a crowd in Times Square 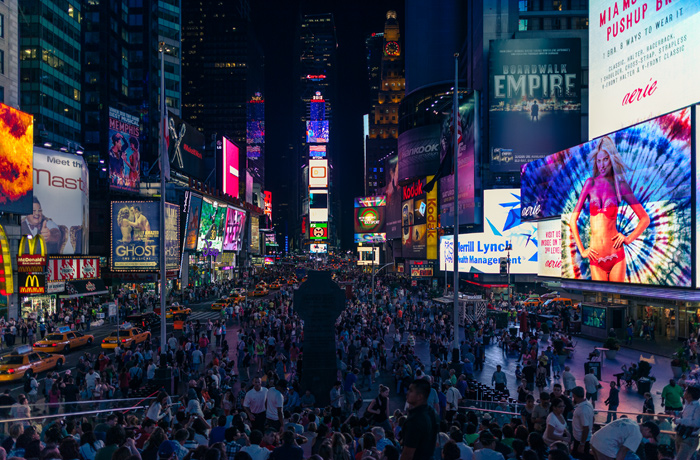 Crowd of tourists and pedestrians at Duffy Square, the northern triangle of Times Square in Manhattan 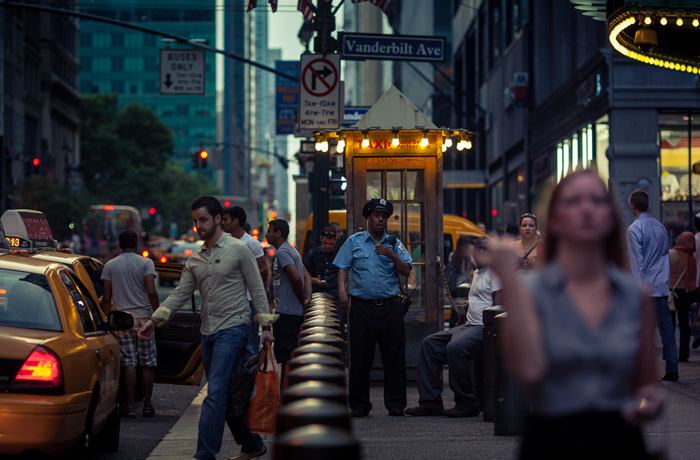 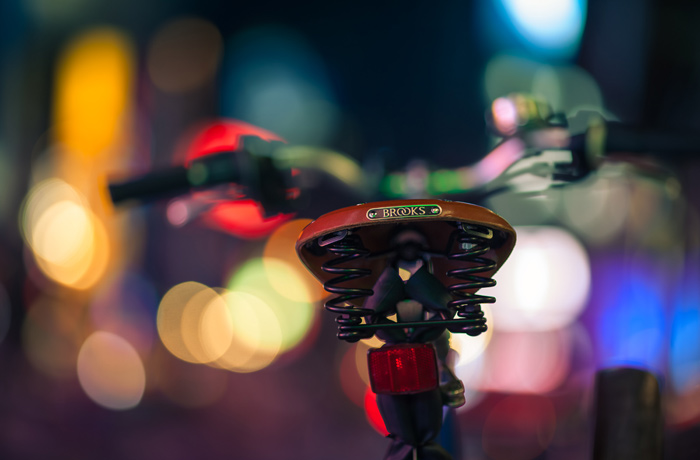 A bicycle in Times Squares 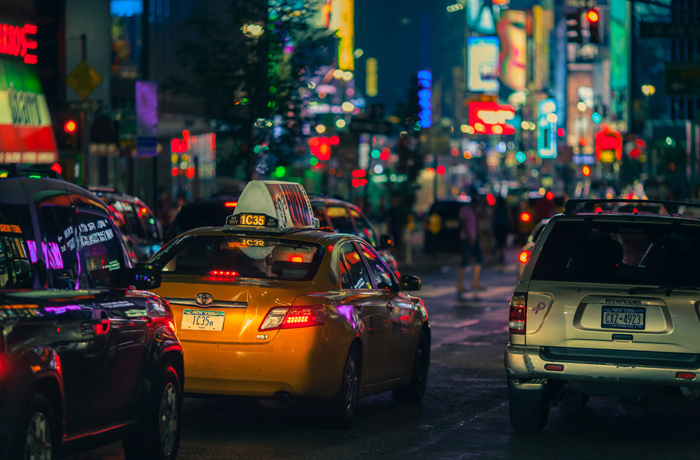 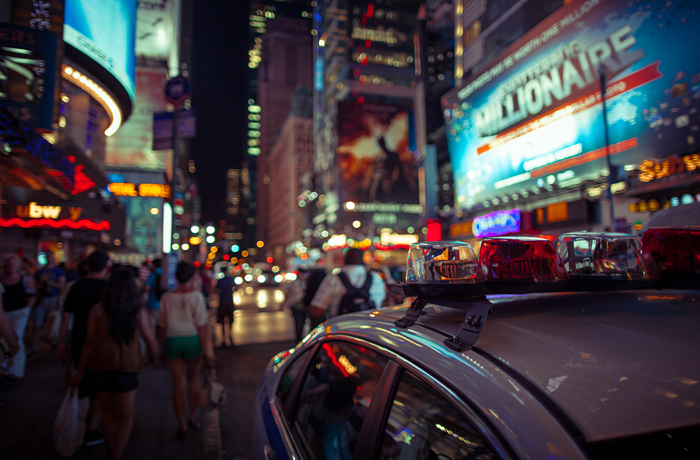