Posted at 15:31h in Personal, Places by Standard 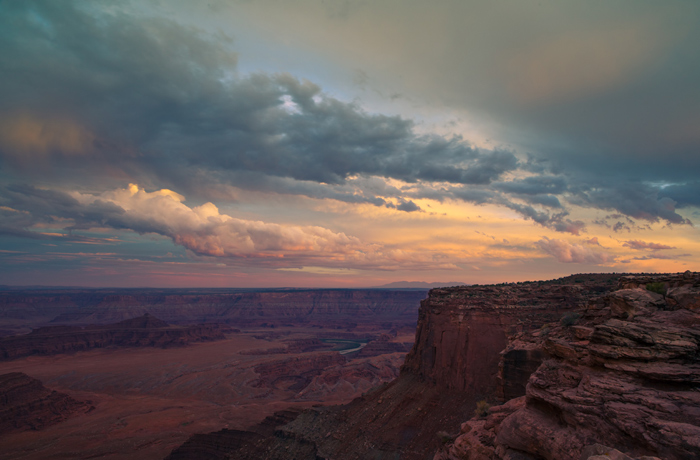 Dramatic sky after a heavy rain at Dead Horse Point in Canyonlands near Moab, Utah. Taken two evenings ago during the blue hour in the picturesque Canyonlands National Park. The sun had already set as I was driving away from Grand View Point. Along the way it began to rain heavily. Not far passed the main entrance, I spotted the road leading to Dead Horse Point and decided to make one final stop.

Before the turn of the century, wild mustang herds ran wild on the mesas near this area. The unique promontory provided a natural corral into which the horses were driven by cowboys. The only escape was through a narrow, 30-yard neck of land controlled by fencing. Mustangs were then roped and broken, with the better ones being kept for personal use or sold to eastern markets. Unwanted culls of “broomtails” were left behind to find their way off the Point. According to one legend, a band of broomtails was left corralled on the Point. The gate was supposedly left open so the horses could return to the open range. For some unknown reason, the mustangs remained on the Point. There, they died of thirst within sight of the Colorado River, 2,000 feet below. 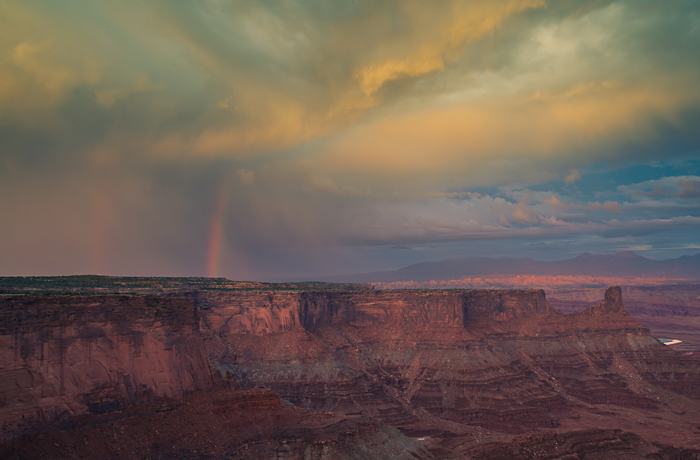 Another from the series. This one looking towards the left standing at Dead Horse Point. The white shapes in the far right aren’t lakes but rather potash evaporation pools (Potash is the stuff used in fertilizer). The light was quickly fading and the wind was acting up as I took these, otherwise I would have attempted several shots for a panoramic stitch. In the distance you can see the remnants of two rainbows which quickly dissipated minutes later. 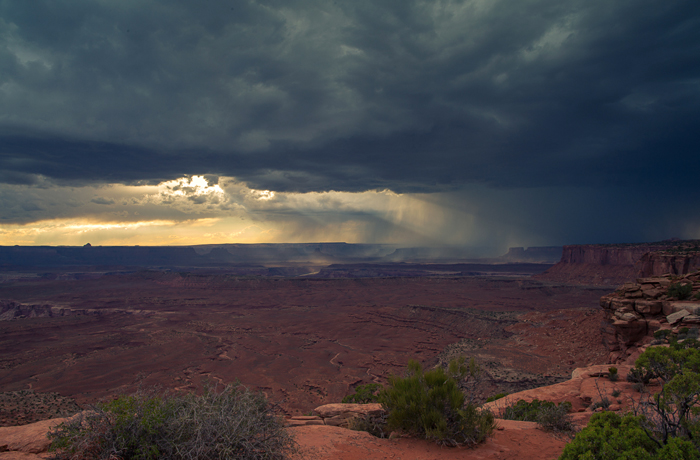 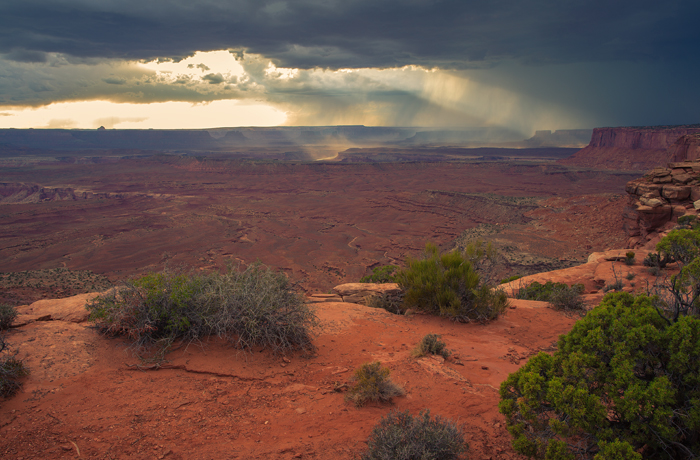 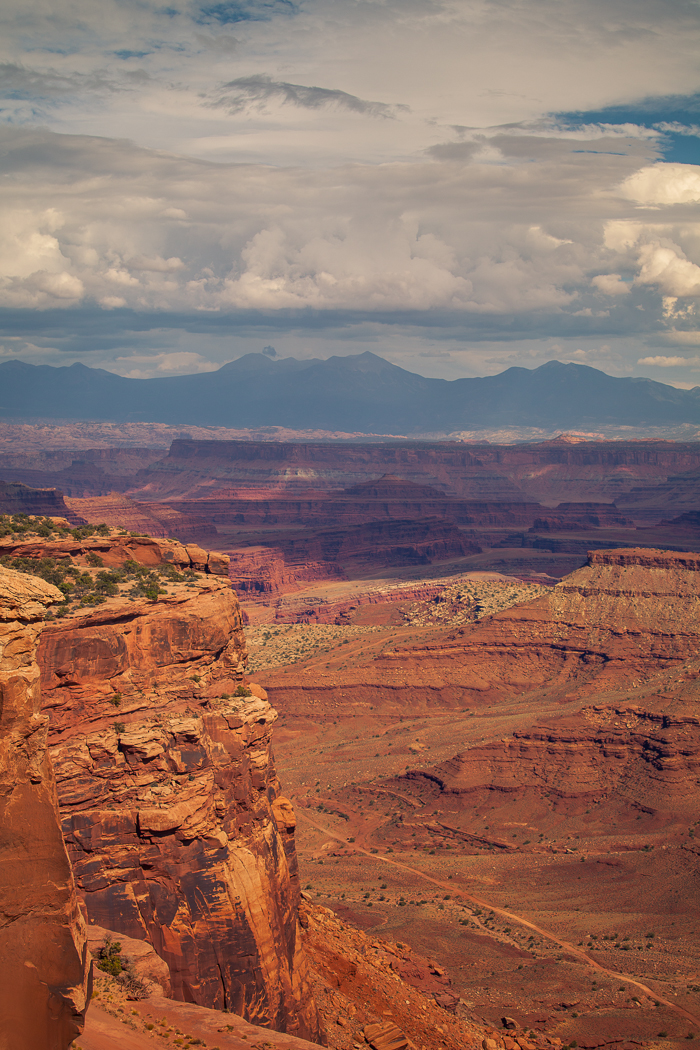 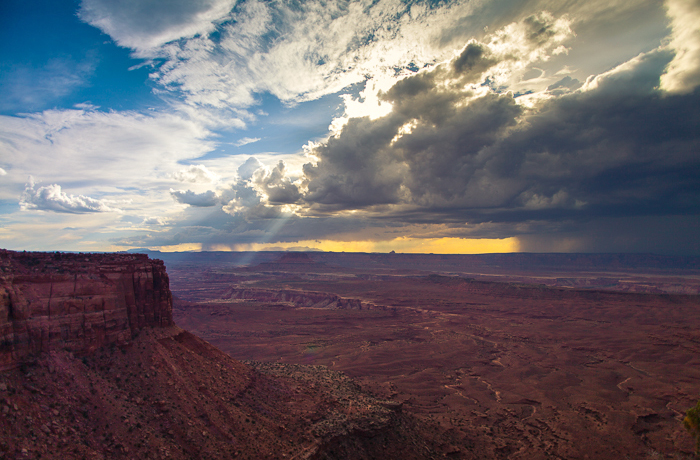 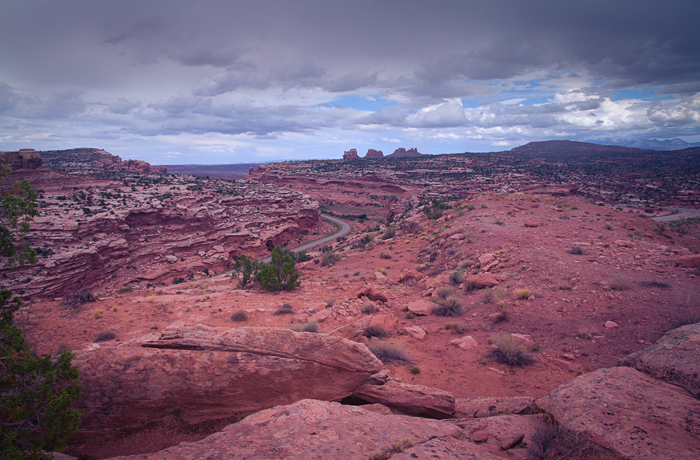